After proclamation of republic, New idendity which Turkey’s society seeking was also reflected in architecture. During the Republican period, Sedad Hakkı Eldem and Emin Onat leading the II. National Architecture Movement, emerged concepts of standardization, local materials and local labor within plan type and building elements. Zeyrek Social Security Institution Complex is one of the project designed by Eldem under the light of this movement is an interpretation of his repertuar on traditional Turkish houses. Zeyrek SSI Complex, located on the street connecting Unkapanı and Sarachane, is composed by 5 different masses that descend to the lower elevation of the Zeyrek slope. The standard posts, windows, facade cladding and eaves used in the building contribute characteristic features to the structure. This building, which has been constructed with reinforced concrete frame system, has a structural system which is formed with explicit and standard axis. The prominent characteristic features of the building complex are the double protrusions supported by prefabricated reinforced concrete posts placed on the slabs. Thus, this building complex emerges as a new expression of traditional Turkish civil architecture elements built with the construction techniques of the period.

The main goal of this study is to conduct a structural analysis of Zeyrek SSI complex which has been standing since 1964 and to determine the current status of its structural elements. In this context:

• Various references related to the structure were superposed and partially re-designed.

• The parts of the structural system of the building which do not comply with the current earthquake regulations have been revealed.

As the result of these data, main factors of the constructional sustainability are correct detailing, proper material selection and smooth workmanship. 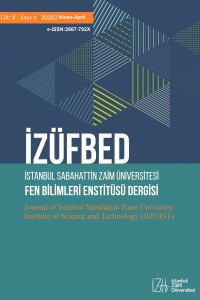 This work is licensed under Creative Commons Attribution 4.0 International License.