Population growth and rapid urbanization in Turkey on the one hand, on the other hand are in high demand created by the specific growth rate. For this reason, there is a necessity of sufficient production for domestic and foreign markets to balance production.

Meat production cost varies from region to region, from operation to operation. Use of feeds efficiently (taking into account the feeding values of the silage and other feeds), careful and proper transport, and good marketing practices, such as reducing costs in production, reducing unnecessary investments, raising the efficiency of the infant, productivity.

Especially under the cattle should be fertility values in Turkey. The point at which all production is locked is reproductive efficiency values. Turkey has 5.4 million milking cows and 3.5 million calves annually. That is, the calf per cow ratio is 64.8%.

We can say that there is at least a 15% chance of developing calves born to cows in our country. Considering the 5.4 million cows still earned and the annual number of calves produced by 80% offspring, 3.4 million of them will rise to 4.3 million.

For the target of our country in cattle breeding in 2023 and 2071, it should not be only self-production. It should aim to produce a product that distributes meat and dairy products to all its students, assists poor countries, exports to the world, targets 2023-2071; For breeding and meat production, importation is the starting point for export,more fry, more feed production. Support should be given to the product itself (6-month-old calves and fodder crops). 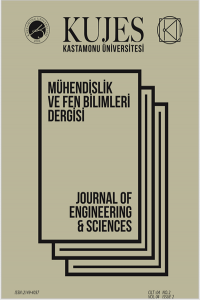