Death is a physiological phenomenon that will eventually confront every living thing. Curiosity for the unknown has led to more reflection and research. For this reason, death has been the focus of attention of researchers in many fields such as religion, philosophy, sociology, psychology, and medicine, as well as in the field of literature. Likewise, death appears as the main theme in both Turkish and Kyrgyz epics.
In this study, based on the Manas Epic, the mourning, funeral, and lament traditions of the Kyrgyz people will be examined and the information on these issues will be revealed in terms of their similarities with the mourning, funeral, and lament beliefs and practices of the Avshar tribes living in Turkey.
Epics are cultural assets that carry people's cultural memory from their historical depths to the present. Based on these features, in this study, firstly, the concept of death in the Manas Epic is discussed. The "Manas" epic, which has a very important place not only in the Turkish epic tradition but also among the world epics, is the longest and only living epic in the world. So it has a good reputation. The traditions, customs, and celebrations of "Marriage-Birth and Death", called "Mourning and Burial", are directly related to the world of myths and beliefs. There are two kinds of death. The first is physical death, the second is spiritual death. As a result of spiritual death, the hero is cleansed of sins, reborn, and continues to fulfill his obligations. There is death, but there is also resurrection due to duty and death again after the mission is completed. Thus, national heroes have immortal characters. When the society is in trouble, while this problem is being tackled, the spirit of the heroes emerges and stands on the side of those who struggle, often fighting in the eyes of the enemy.
In the analysis, the funeral ceremony after the death phenomenon was mentioned. It is customary to give food and clothing to the poor after the burial. Today, in both Kyrgyz and Anatolian funeral homes, food is cooked and served to those who come. Although the cost of this meal is supposed to be met by the funeral home, it is usually shared among relatives. The main reason for delaying the burial of the dead, in Anatolia, in the epic of Manas, and among today's Kyrgyz people, is to ensure that distant relatives can attend the funeral on time.
Finally, the lament ceremony is discussed. As in the epic of Manas, today's Kyrgyz also bury their dead before taking them to the cemetery. The Qur'an is recited during the burial. Before and after the burial, women continue to lament in the tent. In both cultures, on the 3rd, 7th and 40th days of the death, the Qur'an is recited for the soul of the deceased. Among the Kyrgyz, if the relatives of the deceased do not know how to recite “koshok”, a koshok reciter is found and they get him to recite it. The laments continue for three days after the death event takes place. When the men returning home after the burial are seen, the koshok reciting begins again. 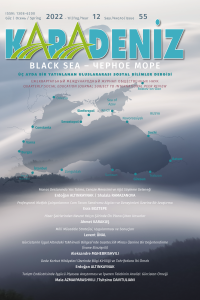