In Kocaeli, there have been major developments in education since 1950 and significant steps were also taken to make education more widespread throughout the province. Within the scope of education dissemination, new school buildings were built in the center, towns and villages of the city and thus, literacy rate significantly increased. Since the number of elementary, secondary, high schools and institutes increased since 1950, there had been a significant increase in the number of teachers and students compared with the previous years. Except for the vocational schools like female and male institutes, Izmit High School was the only high school in Kocaeli in 1950s and this school has an important place in the life of people in İzmit. In addition to the numerical data regarding the schools, teachers and students in Kocaeli in the 1950s, vocational education institutions were also discussed in this study. Primarily based on the data obtained from the State Statistics Institute and Archival documents and by making use of the local press and research and investigation works, the developments in the field of education in the Kocaeli have been extensively investigated in this paper. 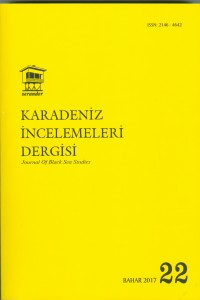