An Evaluation of the History of the Medical Symbol

Symbol is defined as “a concrete object or sign that indicates something that cannot be expressed by the senses”. The symbol of medicine has been known as a snake wrapped around a staff since ancient times. The snake has been associated with health, medicine, wisdom, power and eternal life in many civilizations. In the myths and legends of ancient societies, the snake was accepted as a symbol of eternal life because it rejuvenates by changing its skin every year. The symbol of medicine contains a number of historical and ethical values. As a symbol of medicine, snake figures appear in various shapes and forms; one or two snakes wrapped around a staff, two snakes wrapped around a winged staff, a snake wrapped around a goblet or reaching towards a bowl, two snakes wrapped around each other, like a branch and a snake. The aim of this review is to reveal the historical origins of these symbols, which are similar to each other but differ from each other in terms of both their historical origins and the meanings they represent, and to explain the professional and ethical values they represent. We think that it is important to know its history in order to keep the values represented by the medicine symbol alive.
Key words: 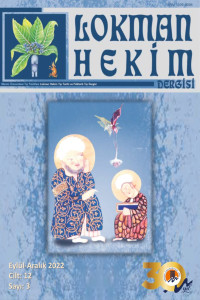