Evaluating the Views of Lecturers upon Virtual and Real Laboratory Implementations

The views of lecturers carrying out real laboratory (RL) and virtual laboratory (VL) implementations were analyzed in this study. The descriptive phenomenology design as one of the qualitative research designs was used in the study. The study group was determined using the criterion sampling method. The study was carried out with six lecturers who voluntarily participated into the laboratory and virtual laboratory implementations of a university in the Eastern Anatolia Region. Participating faculty members carried out YÖK Virtual Laboratory implementations besides physics or chemistry laboratory implementations. Semi-structured interview form was used as the data collection tool. During the planning of the study, preliminary interviews were held with the faculty members in order to collect preliminary information and have information about the feasibility of the study. After completing the ethics committee process, a new interview was held with the faculty members making appointments. The interview records were written down after listening to several times, and the information out of the scope of the research was excluded. The answers were grouped categorically, and sub-themes related to each category were determined. The views related to the planning dimension of instruction and preparation for learning were possible to be discussed in three different groups as the views stating that VL was more advantageous, the views stating that RL was more advantageous, and the views that VL and GL provided sufficient opportunities to the lecturer. All the other participants except from one emphasized that RL was more advantageous in terms of correcting incomplete and incorrect learning. 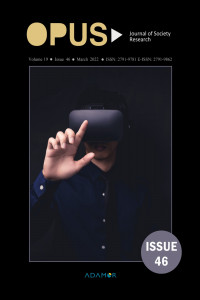