The genus Salvia, which is a member of the Lamiaceae family, is a medicinally and aromatically important genus. The species Salvia fruticosa Mill., which grows in our country and is called Anatolian sage, causes both the increase of its economic value and its trade by collecting from nature because of containing the essential oil content of this species is higher than the other species. In this study, the germination of Salvia fruticosa seeds in 1/10 Murashige-Skoog (MS) (1962) nutrient medium was investigated obtaining aseptic seedlings for use in in vitro cultures. The seeds before culture were soaked in 70% ethanol for 2 minutes and then they were applied with NaOCl (chlorine), H2O2 (oxidant) and H2SO4 (acid). These seeds were divided into three groups: no cold treatment was applied to the 1st and 2nd group seeds, cold application was made to the 3rd group. While the first group seeds were taken to photoperiodic conditions after one week of darkness, the seeds in second and third groups were kept in photoperiodic conditions. The highest germination percentage was 50%, and it was obtained from the culture of seeds superficially sterilized with 30-31% H2O2 for 3 minutes in photoperiodic conditions after dark. In the germination test (control) of seeds on filter paper, germination was 48% under the same condition. The infection rate under the fotoperiodic condition was observed to be low in cold applied seeds. As a result, the procedure using H2O2, which gives the highest germination percentage (50%), is applicable for the production of sterile seedlings that can be used as explants in in vitro cultures of Salvia fruticosa for different purposes. 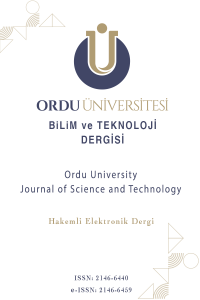