The goal of the study is to explain the behavioral, normative and control beliefs of vocational college students about their intentions in using worked –example based video podcast (WEBVP) technology in mathematics courses. The research is based on the framework of the Theory of Planned Behavior (TPB). It was carried out on 110 students of Computer Programming Department of Erzurum Vocational College during the spring semestre of 2014- 2015 academic year. Data were collected by employing a questionnaire form (n=110) containing open-ended and close-ended questions developed by the researcher and semi-structured interviews (n=25). The results showed that the students’ intentions to use WEBVP in mathematics course are under the influence of their behavioral beliefs such as convenience to individual learning, repeatability and usage of advanced technology and their normative beliefs having social support. In addition, the control beliefs in which conceptual structure of mathematics, academic proficiency and individual learning differences are determined to be forcing factors, and the opportunity to reach information, elasticity in space and time and saving of time are determined to be facilitating factors also significantly affect the students’ intentions to use WEBVP. 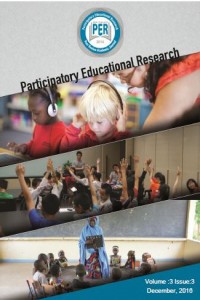