Since the early days of film history, the relation of the audience to the film has been a topic of both discussion and experimentation. Directors with different artistic, ideological and commercial motivations have tried to make films where the audiences can be more than passive observers. One of the major trends in this field is the production of films open to direct audience manipulation. Traditionally, such films offer audiences interactive experiences based on branching or procedural data processing. Recent productions, however, drawing on sources like Third Cinema and fan culture, and utilizing contemporary social media channels, interpret audience activity differently. These productions seek to position movies as a source for social interaction and creative production. This article studies the historical development and current state of the socially active audience tradition and discusses the relationship between past examples and the recent productions that are supported by digital technology, with special focus on social media applications as part of contemporary media ecology. 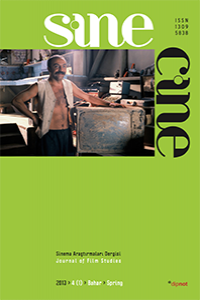