Components of Ottoman Intellectual Thought: Kalām, Philosophy and Sufism: An Analysis Through Kamalpashazādah and His Treatises

We can say that the the structure of thought of the Ottoman Empire is based on three epistemological basis that complement each other, namely religion, reason and irfān (wise experience). These bases have been represented respectively by the disciplines of kalām, philosophy and sufism. While this character of Ottoman thought contribute to the progress of irfān and reason on one hand, it also allowed this civilization to adhere to the basic principles of religion on the other hand. In this study, our aim is to examine that the intellectual structure of the Ottoman Empire was built on the aforementioned thought traditions. For this purpose, firstly, the indications that the Ottoman intellectual class was a follower of the previous scholarship traditions above-cited, and then this issue was exemplified through the scholarly adventure and works of an Ottoman period scholar. In the study, Kemalpaşazāde, who is famous versatile writing and one of the active representatives of the Ottoman intellectual class, was chosen as an example. Kemalpaşazāde wrote various works on the disciplines of theology, philosophy and sufism, which shows that his mental world was strongly influenced by these ancient disciplines. Kemalpaşazāde in his treatises on the subjects of theology showed great devotion to the constants of the Sunnī theology, in his philosophical treatises, in his philosophical treatises he preferred the approaches of Islamic philosophers in the context of the important debates in Islamic thought in the Post Classical period, and in his treatises in which he examined the sufism issues, he displayed an attitude that supported the idea of unity of existence (wahdat al-wujūd). We observe this broad perspective, which Kemalpaşazâde developed within his own idea, in many other Ottoman scholars who came before and after him. The fact that the Ottoman civilization built an education system with strong theological and philosophical texts, and also allowed the sufi/wisdom tradition, which nourished the society on one side and the scholarship class on the other hand, made it possible for it to weave this rational and wise web. 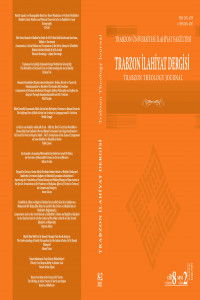