Russian Federation is one of the countries that rely on oil and natural gas resources to increase their welfare level. While its energy resources are of vital importance, the management of these resources and their transportation to foreign markets plays a very important role in its general foreign policy. In the study, the development of Russia's pragmatist energy policies for maintaining relations in order to have energy-based power and influence on the countries are examined. Using the method of document analysis, the development of Russia's energy industry from the Soviet era to the present and the long-term energy strategy that has been put forward since the beginning of the 21st century, and the results reached are revealed. As a result, it is seen that the Russian foreign energy policy is the strongest pillar of the general foreign policy in the new century, and in the energy dimension of global trade, Russia has adopted the tendency to the new energy products as well as traditional products in the near future. 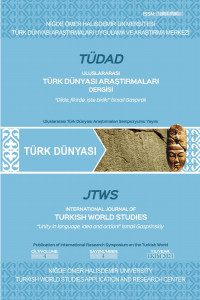