Landau-Kleffner Syndrome (LKS), a very rare childhood disease, is acquired aphasia associated with epileptiform activity on the electroencephalogram (EEG). The clinical presentation of Landau-Kleffner Syndrome may resemble Autism Spectrum Disorder (ASD) in some children. In this article, a case who applied to the Child and Adolescent Psychiatry (CAP) outpatient clinic with ASD symptoms, but was diagnosed with LKS as a result of neurological examinations, showed significant improvement in neuropsychiatric symptoms after LKS medical treatment. A four-year-seven-month-old boy was brought to the CAP outpatient clinic with symptoms of regression in speech, impairment in social communication, and rigid and repetitive patterns of behaviour. The patient was initially diagnosed with ASD and was referred to Pediatric Neurology. After the neurological evaluations, the patient was diagnosed with LKS and antiepileptic treatment was started. Corticosteroid treatment was initiated to the patient, who did not benefit from conventional antiepileptic therapy, which was used for about three months, and a clinical decrease was observed in speech regression and ASD symptoms associated with LKS within 1 month, and a significant improvement was observed in these symptoms within 3 months. In this article, it has been reported that in cases, where there is no improvement in cognitive and language functions and also EEG pathology with conventional antiepileptic treatment in LKS, rapid improvement can be achieved in both neuropsychiatric symptoms and EEG findings with corticosteroid treatment. Although there is more information in the literature that known treatments are effective in improving speech regression in LKS, there are few case reports on reducing the symptoms of ASD associated with LKS. 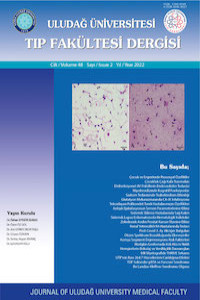