This study aims to determine the cause of mortalities in smooth-hound sharks (Mustelus mustelus, Linnaeus 1758) under stressful conditions from a marine aquarium in Turkey. Moribund smooth-hound sharks externally had haemorrhages on various body parts, especially the pectoral fins and certain areas of their skin. A pale liver and spleen pseudo-tubercles were the main pathological findings internally. For bacteriological examination, samples were taken from visceral organs and blood and streaked onto marine agar (MA) plates which were incubated at 22°C for 72 hours. Gram-negative motile rods that displayed a bipolar staining were isolated from several tissues, including the spleen, kidney and liver. According to their morphological and biochemical characteristics as well as 16S rRNA gene sequencing, these isolates were identified as Photobacterium sanguinicancri. Therefore, it was concluded that photobacteriosis was responsible for this disease outbreak in aquarium-kept smooth-hound sharks. According to the literature survey this is the first report on describing photobacteriosis caused by Photobacterium sanguinicancri in this shark species. 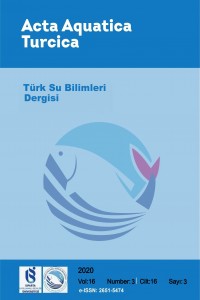