This research aims to investigate the effect of positive psychology-based PERMA group counselling intervention on increasing well-being of university students. In this study, a quasi-experimental design with pretest and posttest control groups was used. The research group consists of freshman university students. The voluntary university students were randomly assigned to experimental group (n = 7) and the control group (n = 7). PERMA Scale was used as data collection tool. Positive psychology-based five-session PERMA group counseling intervention was applied to the experimental group, whereas no study was performed for the control group. The Independent Samples t Test and non-parametric Mann Whitney-U Test were performed to examine whether the scores obtained from the pre-tests and post-tests of the experimental and control groups differed significantly. The significant difference in the well-being scores of the experimental and control groups in the pre-test and post-test indicated that positive psychology-based PERMA group counselling intervention was effective. However, since this is a pilot study, more comprehensive studies are needed. The results of this study were discussed with limitations, well-being interventions, and suggestions for further research. 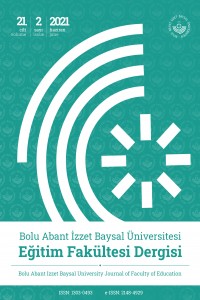