The purpose of this research is to determine the influence of correlating the unit “A Trip Through The Turkish History” with visiting cemetery and martyrdom, while teaching this unit in Social Studies lesson at 7th grade at secondary school, on the academic success of students in formation of historical knowledge and consciousness.This research was done in 2012-2013 academic year in Misak-ı Milli Ali Sefik secondary School in Akhisar-Manisa. It was carried out 93 students-two classes as a experimental group and two classes as a control group. Both groups were applied Attitude Scale consist of 32 items and Academic Achievement Test. The courses were studied by using tombstones and martyrdom photos by researcher with experimental group and control group was taught in a traditional method. The data, which was obtained as a result of research, was analyzed by SPSS 20.0 Statistical Package Programme. Independent Sample t-test, one way analyses varience (ANOVA), two-factor ANOVA and covarience analyses were used, and it was taken p< .05 For analyses of the level of significance. When the Academic Achievement Test score of the experimental group which was correlated with cemetery and martyrdom, were compared with control group, there wasa significant difference in favour of the experimental group. When post-test scores of experimental group which was correlated with cemetery and martyrdom, were compared with control group scores there was not a significant difference in Favour of the experimental group according to the Attitude Test. When the attainments of 7th grade Social studies are exemined, it is realized that the skills which are taught and the values which are related to these attainments coincide with the study. Considering attainments and values, skills which are supposed to be taught, are; sensitivity and respect against the Turkish elders. The majority of students has expressed these values after the sightseeing. This shows that it is proper to use cemetery and martyrdom in Social Studies lesson 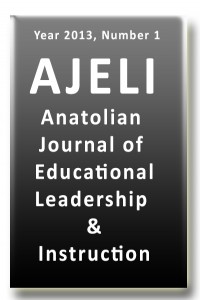