Kilis, which is bordering on Turkey and Syria, has been a very important settlement for centuries owing to its fertile land, good weather condition, transportation opportunities. Hence, a multicultural structure has been developed with a high cross-cultural interaction. Besides, there are more refugees even than its own people due to Syrian war for nine years in Kilis. This situation has naturally affected Turkish spoken beside economic activities and socio-cultural structure. Streets and boulevards which are intersection points of different cultures are important data fields in order to unveil those cultures. Streets, boulevards and businesses here are meeting points for people from different cultures. Because people must fulfil needs and voluntarily or involuntarily communicate with each other here. This situation gives opportunity to researchers who want to understand well actual situation of language.

In this study, which Quantitative and qualitative data collection techniques were combined applied; three districts were selected as searching sector in which different groups of people live in Kilis province. The first district is Cumhuriyet, Murtaza Boulevards in which native people live; the second district is Üniversite Boulevard in which generally university students and government officials live; the third district is Dereboyu, Nemika Boulevards and Zeytinli Quarter in which Arabian people live. About 750 business, shop and workplace names were collected and sorted out according to their origins. It ıs aimed with this limited scale study to determine interactive relation between Turkish and foreign languages. Besides it is aimed to define how population density affects relation between socio cultural differences and business names. With this features, the study may contribute to the research field. 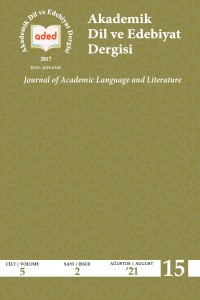