After the 2008 global financial crisis, countries started to look for ways to develop fiscal policy measures to encourage employment and economic growth, while dealing with the increasing public debt burden and budget deficits due to the crisis. In this context, the question of how the tax structure can be designed to encourage growth without reducing tax revenues has become a frequently researched topic in the literature while examining the relationship between taxes and economic growth. As a result of the findings obtained from empirical studies, it has been suggested to increase the share of consumption and wealth taxes by decreasing the share of income taxes in total taxes. In this study, it was examined whether the aforementioned proposal is also valid for developing countries. The relations between general government tax revenues and growth rates of 54 developing countries for the 2000-2018 period were examined using dynamic panel data analysis techniques. Tax policy proposals that can encourage economic growth in developing countries with changes in the tax structure without reducing the total tax burden were put forward. In line with the literature, under the assumption of revenue-neutrality, it was determined that the economic growth rate would be positively affected if the share of income taxes in total tax revenues was reduced and the share of consumption taxes increased. However, this finding is valid if reductions in personal income tax and social security contributions offset by increases in consumption taxes. No evidence was found that corporate tax is the most harmful tax type for growth or wealth taxes are the most growth-friendly. 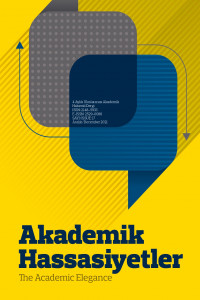