FUNCTIONAL DISCRIMINATION IN THE MEDIA: INVESTIGATION OF "SYRIAN" REPRESENTATION IN GERMAN AND TURKISH PRESS

As the British Cultural Studies area points out, the mass media construct our perception of the world about others through various codes, images and representations. In particular, foreigners are not generally perceived as 'individuals'. Through simple, easily remembered and comprehensible stereotypes; it is conceptualized as "foreigners" that created a particular prototype. Questioning the differences and similarities of these conceptualizations and foreign representations from country to country is important for understanding the projections of the constructed representation in the relevant society. The problem of this study is how Syrian refugees that conceptualized as "foreign" represented at the Turkish and German press in today's cultural and political spheres. Based on the frameworks of the problem, the theoretical basis of this study is the approaches and determinations of the British Cultural Studies field on identity representation and discourse. Therefore, in this study, it is aimed to determine how Syrian refugees represented in Turkish and German press and to analyze the relationship between these representations and the refugee policies of the countries. In this context, how Syrian refugees are represented has been analyzed in Hürryet from Turkey and Sueddeutsche Zeitung (SZ) from Germany by T.A. van Dijk's critical discourse analysis model. As a result of the analysis, it was determined that there is a lack of context as a result of presenting identities through stereotypes and singularities in the news in the press of the two countries, and in this sense, the news has an ideological function that legitimizes bureaucratic actions of countries. 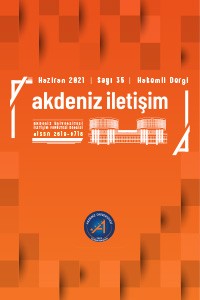