Drinking water supply has become an important problem today. In urban areas, drinking water is generally supplied from surface water storages such as dams and ponds. In this study, the hydrogeochemical and quality characteristics of Aksu stream waters, which will feed the dam planned to meet the long-term drinking water needs of Burdur city center, were investigated. Marmaris peridotite and Kızılcadağ melange and olistrochrome crop out in large areas in the Aksu stream basin. It has been determined that the waters in the study area are of MgHCO3 hydrogeochemical facies. The major ion contents of waters were used to define hydrogeochemical processes that control the chemical composition of surface and ground waters. It has been determined that the chemistry of the surface and ground waters in the basin, depending on the rock-water interaction, is affected by both carbonate and silicate weathering processes. The EC value of the spring waters discharged from the study area varies between 460 and 550 μS/cm, and the EC value of the stream waters varies between 460 and 620 μS/cm. The pH value of the water samples is between 8.50 and 8.73. It has been determined that the physical parameters, major ions and trace element contents of the surface and spring waters feeding the Aksu stream do not exceed the drinking water standards of Turkey and the World Health Organization and are suitable for usage as drinking water. Different diagrams and equations were used to evaluate the usability of water as irrigation water. In general, it has been determined that Aksu stream waters are suitable for use for irrigation water, except for the Magnesium Hazard (MT) value. High Mg+2 contents of the waters will have a negative effect when used as irrigation water. 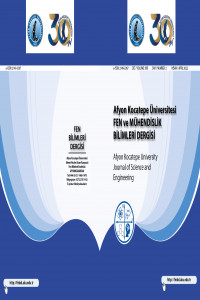