This paper is the translation of its first original Polish edition „Dyskusja wokół Apamei” [The Discussion around Apameia], published as a chapter of a monograph entitled Święty Tryphon w kulturze europejskiej [Saint Tryfon in European Culture]. All sources unanimously give Phrygia as the birth and burial place of St. Tryphon, although there is no consensus and clear position as to the name and location of the place where the holy martyr was born and buried. The discussion around the home village of Tryphon has been going on for years. Some scholars argue that his home village (Campsada) was located by the Sea of Marmara (in ancient times: Propontine, Propontis) and was also called Lampsacus (Lampsakos). This town is today called Lapseki. But for some others, it should be near the today’s Denair. None of the above conflicting standpoints give a clear solution to this issue, which remains the topic of further research. However, it should be considered that Ramsay’s findings in this matter deserve to be emphasized and thoughtful, if only for the enormous work (over 2000 hours) that he put in the creation of the map of Phrygia. According to Ramsay, Campsada „was a village of the Apamean territory. In that case it must be sought on the skirts of Samsun-Dagh”, which lies to the north of today’s Denair. 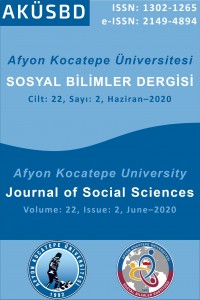