At the end of the decline of agriculture, with the rise of trade, the social structure, economic relations and economic institutions of Western European society began to change. While the institutions of the old world, which were shaped according to the characteristics of the period with their innate traditional status, continued their existence by losing their power, the classes of the new world strengthened and showed their existence. The feudal states of the old world were in solidarity with the noble and clergy and ruled the vast majority without fundamental rights. The Monarchic states of the new world were in solidarity with the merchants; the monarchic states and the merchant alliance dominated the social majority with broader rights relative to the Middle Ages. The economic institutions of the new age were shaped in line with the interests of the state and the nation and the expectations of the merchant. The philosophy that only one side would benefit from international trade was consistent with the character of the interventionist state, colonialism, and the privileged merchant class. In this study, those, traditional statutes and institutions that continued to exist by losing their strength, new economic classes nurtured by international trade and colonialism growing through geographical discoveries, development of new economic institutions, the causes of the rising of the merchant capitalist class, the most revolutionary class in Western European history and the new economic and social order shaped by the social support that statist capitalism gained, are examined. 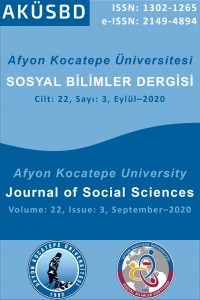