In this study, the naats of Melayê Cizîrî, who is an important Sufi from the Kurdish Literature, and Mullah Mehmet Demirtaş, the first poet who wrote the first Divan (Collected Poems) in the Literature of the Zaza Kurds are compared. Naats are the poems that express the love for the Prophet Muhammad (PBUH), and almost all Sufis include them in their Divans. The poets have expressed their love for the Prophet in clear, effective and enchanting poems. Some of them have considered it as a duty of loyalty for themselves. They smartened their feelings with rhetoric arts and reflected their enthusiasm in their poems. Melayê Cizîrî and Mullah Mehmet Demirtaş have many poems about the Prophet. While Melayê Cizîrî wrote his poems with an impressive style, Mullah Mehmet wrote his poems in a modest and intimate style. The fact that Melayê Cizîrî had a strong education and knew Arabic, * Okt., Muş Alparslan Üniversitesi, Fen Edebiyat Fakültesi, Kürt Dili ve Edebiyatı Bölümü, mail: h.erdogmus@alparslan.edu.tr.Persian and Kurdish well is obvious in his poems. He suggested that Kurdish poems were more beautiful than those written in Persian thus breaking the negative perception about the Kurdish language. Mullah Mehmet lived four ages after Melayê Cizîrî, and although he did not receive a qualified education, he received a proper religious education in Madrasahs and reflected his feelings with enthusiasm 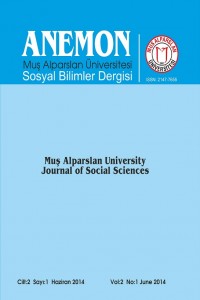