It cannot be denied that the Arab Spring has started a very important transformation process in the Middle East but it is very difficult to expect that this transformation will lead to a democratic change within a very short period of time and contribute to a democratic development in the sense of Western experience. Transition from oppressive and authoritarian regimes to a democratic regime does not take place in a short period of time through uprising and revolution. Democracy is a phenomenon that requires possession of democratic culture and tolerance rather than accepting it as a regime. Besides, the ethnic and religious structure of the countries taking part in Arab Spring is different from each other. In some of those countries, ethnic and religious demands come before the desire for democracy and democratic aspirations. For instance, the Kurds in Syria, who do not have even identity cards and have not been considered as citizens until recently, demand the recognition of the Kurds as a national entity and their participation to Syria government, while Sunni Muslims in Syria essentially want to put an end to the Shiite dictatorship and to establish a majority regime under their rule. On the other hand, the major fear of Syrian Christians is that the Sunni majority government which will be potentially established after the collapse of Assad regime will not recognize their basic rights. In this paper we will focus on different and contradicting demands of Kurds, Christians, Sunni and Shiite Muslims in Syria 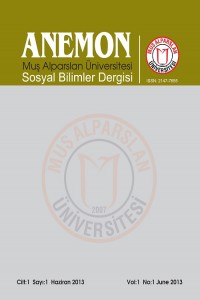