The aim of the present study is to identify informative (expository) text writing levels of secondary school students. Descriptive survey model which is a quantitative research model is used in this study. The study group consists of 411 students studying at a secondary school in Isparta in the second semester of 2015-2016 academic year. The students are provided with topics which they can produce informative texts in different stuructures and then they are asked to write a text on any of these topics. Student texts are scored via Informative Writing Evaluation Form. Descriptive statistics, the independent samples t-test, one way ANOVA and Dunnett C test are used for the data analysis. According to the study results, it is found out that students’ informative (expository) writing skills are at an insufficient level. In addition, it is revealed that students’ informative (expository) writing skills differ significantly in terms of gender and grade. 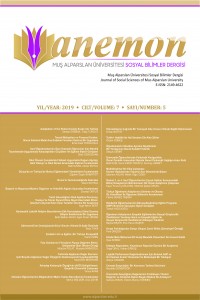