Ahmed Arif's Understanding of Poetry and Its Relation with Tradition

Being one of the important socialist-realistic poets of modern Turkish poetry Ahmet Arif (1927-1991), started to poetry in 1950s and effected many poets who were also socialist-realistic after 1960s. The poet, who collected all of his poems in his work called as Hasretinden Prangalar Eskittim (1968), in spite of writing a few poems, is one of the leading poets having a rare effect. The poet taking his style of poetry, way of saying, discourse and structure of imagery from the traditional richness of Anatolia, in spite of having a socialist identity, has constituted a saying which is not sermonic and sloganic; instead, he has adopted a way of saying which is sincere, spontaneous and original. One of the prominent factors making Ahmet Arif’s poetry different is its relationship with traditions. His adapting the traditional way of saying belonging to Anatolia ,especially to the east, to the modern poetry is the biggest indicator of his being familiar with his traditions and his being dependent on lands he lived. In his poetry, from a general aspect, we see the poet tries to keep alive the eastern culture, in a particular sense, he tries to keep alive socio economic reflections of Diyarbakır, cultural forms, folk music, way of talking etc. Folkloric and rhythmic items also feed his poetry. Therefore, sometimes in his poetry we come across with the voice of Dadaloğlu, Pîr Sultan Abdal and Celal Gûzelses who is from Diyarbakir. These folkloric and rhythmic items gains meaning and enriched by the images of socialist poetry. 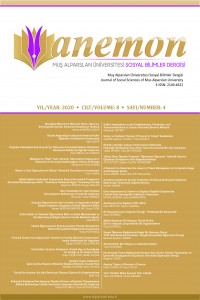