A Turning in the History of Science: The Birth of Social Science Thought in the Ibn Khaldun

World has been a very important turning point in the history of science. For example, Isaac Newton in physics, Freud in psychology, Marx in sociology, Nietzsche in philosophy, etc. people represent the important turning points of history in different disciplines. Ibn Khaldun also refers to a period in which the first social science thought emerged objectively. The most important basis of this argument is the scientific attitude, comprehension and conceptualization works he presented in the Muqaddimah which he wrote. Therefore, this argument has a quality that can be verified and misrepresented. Thus, the Muqaddima represents the first social scientific thought in the history of science and the birth of history and sociology.

Ibn Khaldun's attempt to study historical events objectively and concretely led him to discover two sciences. As a result of his criticism of news related to the past, his discovery of the existence of invisible principles and rules behind historical events has brought him to ilm-i umran (sociology). Thus, in Ibn Khaldun, historical and sociological sciences are represented together. However, Ibn Khaldun's model of social scientific view and understanding unfortunately has not been transformed into an ego until today and his approaches have been limited to him in general. Ibn Khaldunian social science initiative has been re-emerged and developed in Western societies, albeit in a different way. 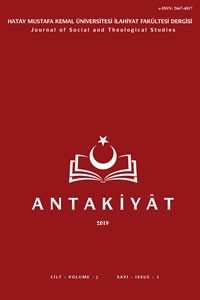