The purpose of this article is to develop religious belief in children showing that it is necessary to benefit from the example of the Prophet Mohammad. Because abstract and metaphysical concepts such as Allah, angel, devil, the hereafter are difficult for the child to understand. In addition, this article aims to contribute to religious education and training for children in terms of content and language.
Within the framework of the research, basic religious sources and works on child development will be examined by literature review and qualitative research method. Thus, a suggestion will be made regarding the method to be followed in the formation of religious belief in children and in religious education.
Every child is born with a nature. Regardless, religious belief is formed and developed from childhood. For religious belief, the nature of the child is inclination to the religion of Islam. In terms of the religion of Islam, the basis of belief is metaphysics. In other words, it means believing in transphysical beings. These can be understood with the abstract thinking ability of human. However, whichever religion the child's family belongs to, the child grows up depending on that religion. For all that, childhood is the period when abstract thinking is at its weakest. In this period, children can understand the beings with analogies and examples. Learning largely by imitation. For this reason, concrete examples are of great importance in childhood. For example, besides the prayers and fasting of the family elders, touring religious places such as mosques or the lives of religious leaders are concrete examples. At this point, since the most important example for a Muslim is the Prophet, the morality of the prophet can easily be explained to the child. Because the religious elders, especially the prophets, are human beings. The child can easily understand and imitate people. On the other hand, since the foundation of religious belief is laid in childhood, these ages should be properly evaluated in terms of religion and pedagogy. Otherwise, some problems will become inevitable. For example, it is not right for us to remind the child of Allah's authority frequently to love religion and become more "religious". Likewise, it is also wrong to keep saying that Allah will burn bad people in order to prevent the child from bad behavior. It is known that such approaches cause psychological traumas in the child. For this reason, it is extremely risky to use abstract concepts and negative language for the formation of religious belief and religious education in the child. In addition, it may not be meaningful for a child who has not yet developed a pedagogical ability to think abstractly. Sometimes a child may even want to get away from religious things because things he doesn't understand are mentioned. So, should the child be kept away from religion at a period when he understands everything with concrete objects? Of course not, as the saying goes: "The tree branch should be bent when it is young".
As a result, we think that teaching the life and exemplary personality of the Prophet is an accurate method in the process of the formation of religious belief in children. As a matter of fact, a person imitates who he loves and takes him as a role model. The more the child knows Muhammad, the more he imitates him in his actions. The process that starts with imitation turns into a conscious activity in the future if it is supported by training. This means that the child feels love of Allah through the love of the prophet. For this reason, we are of the opinion that religious elements such as the example of the Prophet, love of mosques, Ramadan and Eid of Ramadan are the primary source of religious education not only for adults but also for children. 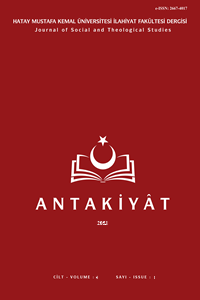 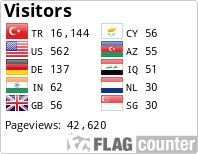