Istanbul is a difficult city to control due to its social, economic, demographic and geographical structure. Especially after the Balkan Wars, it has become more difficult to maintain public order compared to the past. In addition to some social and economic reasons, the poverty caused by the First World War and occupation years and weaknesses in the state mechanism caused the crime rates to increase unprecedentedly in history. In particular, ordinary crimes such as theft and assault have increased significantly and affected the social life of Istanbul profoundly. In parallel with the modernization process in the Ottoman State, forensic cases were regularly recorded. One of these records is the types of crime kept by the police stations and regularly published in the Police Magazine. 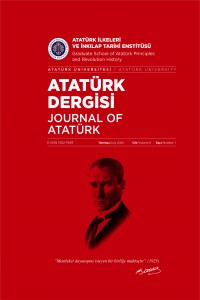