Development and Ditrubition of the Population in the City of Zonguldak

The purpose of this study was to determine the main features of Zonguldak province with its various demographic characteristics and to contribute to the following studies and investment plans. In this sense, this study dealt with timewise changes occurring in the population of Zonguldak after proclamation of the republic, and also population growth rate, female and male population, sex ratio and the distribution of population according to age groups.

During the historical process, the population of Zonguldak increased in parallel with the economic and managerial developments. While Zonguldak was one of the most populated provinces of Turkey until 1990's in the aspect of total population, it lost its 40% of population with Karabuk and Bartın's separation. Today Zonguldak becomes one of the provinces of Turkey with a decreasing population because of the socio-economical problems such as decreasing number of workers employed by Turkish Coal Institute (TCI) - in parallel with the institution's becoming smaller - financial difficulties of workers, and unemployment, dense population of retired people. Therefore, many people from Zonguldak expecting to be employed move to provinces such as Bursa and İstanbul. Female and male population has also changed in accordance with the socio-economical conditions of the current era. Zonguldak is now one of the provinces in which female population is of high level. Working age population is dense in Zonguldak. 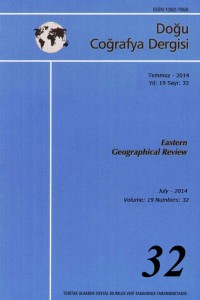