The borders defined by wars or international agreements that determine the sovereignty of nation-states on the international platform; it is changing in the international arena or in the nation-state itself due to new conditions and changing policies. Critical borders, which have been used as an important argument in the development of both nationalism and nation-states, are an important indicator of national identity and culture in terms of the formation of national identity. On the other hand, in today's world where the vortex of globalization is so strong, what is interesting is that while the discourse of “unlimited world çalış tries to be effective, the limits remain more than ever. On the one hand, the “unlimited world” discourse, multinational corporations, regional trade agreements, capital flows, increased border permeability, increased human mobility, applications and developments such as Schengen Visa, and on the other side very hard and clear immigration policies, border walls with meters of height, applications and developments towards border security such as knitting and unmanned cava vehicles continue to struggle with each other.
The border region refers to the places surrounding the interstate boundaries, adjacent to the boundaries of both states, where power relations are evident, clearly affecting the neighboring border area, where different ethnic groups engage in formal or informal, legal or illegal socio-economic interactions with each other. With these characteristics, border regions are also multiple cultural spaces connected with historical and ethnically interconnected borders, where border people exchange culture and thus national cultures fuse or facilitate and sustain human migration.
Border areas and the situation of people living in borders are one of the research topics that have gained importance in recent years. This study provides an overview of border security, border areas and border people by analyzing the current situation both as critical areas of migration and as an important form of past and present immigration 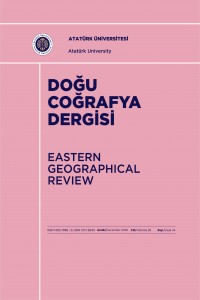