VERNACULAR AS A DESIGN APPROACH IN VISUAL COMMUNICATION DESIGN

At the beginning, the concept of vernacular, which has been used in the field of architecture, has been widely used in the fields of literature, history, cultural studies and archeology. This concept finds its own place in the discipline of visual communication design. In the field of visual communication design, vernacular that refers to the graphic products produced in accordance with the visual culture of the region with the skills of the craftsman who have not educated in the design schools. These attributes are associated with the visual culture of the locals, usually made by unknown people due to they are characterized by the words of anonymous and authentic. In terms of the designers, it was seen that the subjects were inspired by discovery and later turned into a way of thinking method and an ethical attitude within the professional discipline.

In this study which is explained the general characteristics of the concept of vernacular is mentioned, and it is discussed the process, which vernacular follows, and its position in the discipline of visual communication design. It is tried to explain the subject with examples that reflect the attitude of the designers. 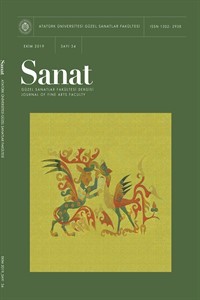