Exile as a Method of Punishment in The Ottoman State: The Sample of The Province of Ioannina (1867-1913)

Exile in the Ottoman society was among the punishment and obliged settlement methods. In the early days, the practices that dominated the settlement were mostly within the scope of mass and forced migrations. The places where communities live have been changed due to security, social and economic reasons. The Ottoman Empire thought of obtaining social and economic benefits through forced and mass migrations. As a matter of fact, the population structure of the places conquered in this way changed in favor of the Ottoman Empire. Exile, had been preferred over time as an individual punishment method. The crimes and inappropriate behaviors of the individuals were the reasons for exile. Thus, they were exiled away from where they lived. The scope of the crime determined the duration of the sentence. The penalty for temporary exile was ending with the end of the period. The punishment of lifelong exiles ended with their deaths. In general, exiles that can be defined in this way can be seen in many centers of the Ottoman Empire as well as in the province of Ioannina. In the province, especially those who caused public order and security problems were exiled. There were also religious leaders among them. In addition, exiles were made to different county-sanjak centers of the province of Ioannina. These could be exiles sent from outside the province and within the province. So, Ioannina was also a place of exile. In this study, it was aimed to determine how exile is applied in Ioannina as a punishment method with examples. As a method, the exiles to and from Ioannina were determined in the archive documents and these were discussed. 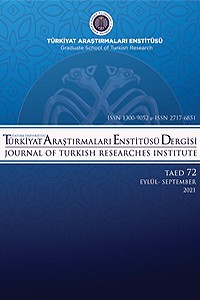