OBSERVATIONS AND DISCUSSIONS ON THE SECURITY CONCERNS DURING THE COLD WAR

After World War II (1939-1945) a bipolar world order emerged under the leaderships of the United States and the Soviet Union. The postwar period was later called as the Cold War Era that witnessed a great tension between the Western and Eastern blocs. Both sides abstained from a direct war and generally competed in such fields as military, political, economic, cultural, and so on. Although avoiding from military interventions was the main principle, the continuous hostility between two nuclear superpowers inevitably forced them to consider military options. In this point, security question became a vital subject between the United States and the Soviet Union, and deeply influenced the shaping of characteristics of two powers’ relations. It was foreseen that the security concerns based on nuclear threat would come to an end with the collapse of the Soviet Union and with the end of the Cold War. However, the expansion of NATO to the Eastern Europe and Baltic region, and possibility of new member’s admission to NATO, including Ukraine, in one hand, Russia’s efforts to be a superpower in the world politics, on the other hand, revealed that the security concerns have not completely disappeared with the end of the Cold War. Thus, revisiting some discussions on the security concerns during the Cold War, and bringing them to the attention of academic world would be stimulating. This article will focus on some fundamental discussions on the security concerns during the Cold War. Firstly, the formation of the US national security understanding, and the role of National Security Council Report 68 (NSC-68) in shaping of the US security concept during the Cold War will be explained. Secondly, the role of nuclear deterrence in the establishment of national security concept will be discussed. Finally, the concept of ‘security dilemma’ and the opinions of Robert Jervis on security dilemma will be evaluated. 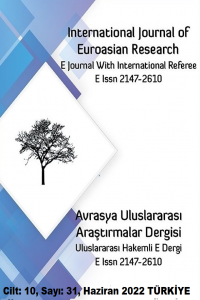