BEHIND CLOSED DOORS The Paris Meetings of the Allies on the Armistice of Mudanya, 6-7 October 1922

The Mudanya Armistice has without doubt a prominent place in the history of the Turkish National Struggle. Thus, there have been many studies and publications to this date which have dealt with all aspects of the armistice. It is for this reason that the current study will not deal with the armistice itself. Rather, as stated in the title, the study will look at Allies’ meetings in Paris on the Armistice of Mudanya on 6-7 October. More specifically, it will investigate how the British, French, and Italian statesmen (such as Lord Curzon, Poincaré, and Kont Sforza) evaluated the armistice. The conference between the Allies generals and Ismet Pasha commenced at Mudanya on 3 October. The conference had for its main object to obtain the cessation of hostilities between Nationalist Turkey and Greece and fix a line in Eastern Thrace behind which the Greek army was to be invited to retire. However, on the third day a deadlock was reached owing mainly to the demand of the Turks that Eastern Thrace should be restored to Turkey in full sovereignty previous to the entry into force of the Peace Treaty. Ismet Pasha had demanded that the whole of Eastern Thrace should be handed over to the Turks at once, and that all Allied officers, missions, and contingents should be immediately withdrawn. He had threatened to set his troops in motion if these demands were not at once conceded. Here the French general, who up till then had acted in accord with his Allies, had suddenly announced that he had instructions from the French Government to agree to the Turkish demands. The meeting had accordingly broken up, and the generals had returned to İstanbul in order to obtain instruction from their governments. The British Government had instructed General Harington not to return or resume negotiations until the matter was cleared up. On 6 October, Lord Curzon immediately went to Paris to discuss the matter with the French Prime Minister, Poincaré. If the Turks’ claim were upheld, and if the French Government supported General Charpy, Curzon argued, it would render all co-operations between the Allied Governments. Poincaré replied that General Charpy had no orders but only latitude to avoid war. He also added that France would in no event go to war with Turkey. Lord Curzon insisted upon respect for the neutral zones. For this reason, a clause in regard to them had been inserted in the convention and was a matter of concern to all three governments. The convention in its final form was signed in the early morning of the 11 October, after a session which lasted almost without interruption for about twelve hours. 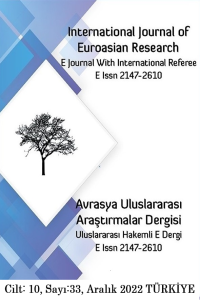