The Relationship Between Alexithymia, Computer Game Addiction and Empathic Tendency among Children: A Structural Equation Modeling

One of the areas affected by technological developments is the playground, which is an important area in terms of social, physical and mental development of the child. Traditional games have been replaced by digital games and the quality of the games has changed. One of the problems brought about by this change is computer gaming addiction. It is important to investigate computer game addiction and related concepts in children because they are in developmental period and are more affected by possible behavioral addictions. The aim of this study was to explain the relationship pattern of alexithymia, computer game addiction and empathic tendency. The research was carried out on a total of 331 persons, 151 (45.7%) of whom were girls and 180 (54.3%) were boys. The ages of participants in the survey ranged from 8 to 12 years. Research data were collected via Computer Gaming Addiction Scale for Children, Empathic Tendency Scale for Children, and Alexithymia Scale for Children. In the study, Structural Equation Model was used. In the study, difficulty in identifying emotions, difficulty in expressing emotions and external-oriented thinking were found to be significant predictors of computer gaming addiction. External-oriented thinking also predicts the empathic tendency. Computer gaming addiction was found to be a significant predictor of empathic tendency. As a result, it appears that alexithymia has an important effect on the emergence of computer game addiction among children. At the same time, it has been seen that computer gaming addiction is also effective in decreasing empathic tendency. 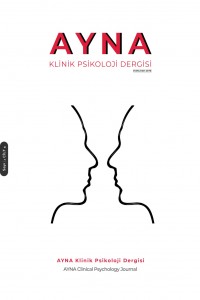