By the year 2050, it is estimated that will live in urban center’s about 80% of the world's population. There are several disadvantages to living in cities as well as many advantages. The most important of these disadvantages; people who are a part of nature move away from nature because of crowding and building in cities. People who move away from nature are experiencing many psychological problems such as stress. Vertical gardens are very important its ecological benefits and the advantage of creating the natural areas in the most congested and structural areas of the city.

In this study; Vertical garden samples applied in the world are examined. For example; İstanbul, Trabzon, Ankara, Southern France, Bengaluru, etc. and the plants have been determined that can be used in the vertical gardens in the Central Anatolia region. As a result of the study, a vertical garden design was prepared for Ankara Sıhhiye bridge and its surroundings, which had a bad appearance due to its structure. This study will set an example for other cities located in semi-arid and arid regions. 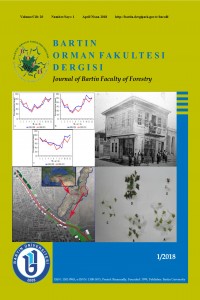