The use of herbs that are known to be medically useful in the field of traditional and complementary medicine has been widely used as a mixture in different proportions. Material and temporal restrictions in drug production provide a significant benefit in terms of using supportive herbal ingredients instead of treatment. However, when creating these components, it is necessary to determine the nontoxic dose in many areas, from the origin of plants to the active substance and the dose range that can be used. In this study, acute and subacute toxicity analyzes of DVD-REG® herbal supplements known to be used in Remember Regeneration Therapy Method (RTM) were performed. Clinical observation findings were evaluated according to ISO 10993-11:2017 standards and no changes were made between the control and application groups. Hematological and biochemical blood parameters were evaluated on days 0, 1, 7, and 14, and no changes were found between the control and administration groups. There was no pathological finding among the groups in liver, heart, kidney and spleen tissues where histological toxicity was investigated. In this study, which are now used in Turkey food supplement data obtained from the DVD-REG® was researched it will benefit for chronic effects of acute and subacute toxicity tests. 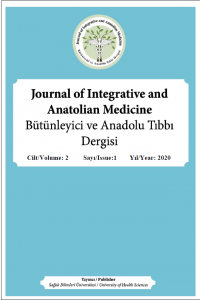 Journal of Integrative and Anatolian Medicine