It is aimed to study education’s aims, which are the first and main element of curriculum, as they reflect on the party program between 1923 and 1946 which is defined as single party era. The most significant resources to study education’s aims of past eras in which the country’s political philosophy was formed, are the documents in which administrators of the era express their thoughts freely. Party programs of years 1923, 1931, 1935, 1939 and 1943 constitutes/establishes the universe of this study, in which among qualitative research methods, document review method was used. As a result of this research it is concluded that, between 1923 and 1946 which is called as single party era, the aims of education, placing practice ahead theoretical education, was to raise individuals who are ready for real life, committed to Republic’s reforms, developed a consciousness of nation, have top-level entrepreneur skills, interested in art and sports and manufacture for economic development. 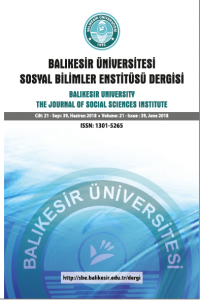