The Ibadiyya sect, which is one of the first sects to emerge in the history of Islam, separated from other Kharijite sects in a short time due to its moderate views and continued to live until today. The sect, which has a fiqh dimension as well as a creed, has a large fiqh literature that has started to form since the time of Jabir b. Zayd, who is considered the intellectual founder of the movement. This literature continues even today. In this article, Ibadi scholars who lived in the periods that can be described as the foundation and formation period of Ibadi fiqh and their fiqh works will be discussed. What makes the study unique is that it examines the Ibadi fiqh literature, which is a point that even the studies on Ibadi fiqh, which have been done in a very limited amount in our country, have never touched. As a matter of fact, the studies on Ibadi fiqh in our country have examined this sect through either fiqh method or furu fiqh, but have not mentioned its literature. It is one of the aims of this study to show that the Ibadiyya sect, which constantly stands out with its creed, also has a fiqh aspect and that there is a substantial amount of fiqh literature. For this purpose, in the article, the Ibadi fiqh literature in the process covering the establishment period of the sect and the formation period that ended in the half of the sixth century A.H. will be touched upon and evaluations of these periods will be given. As there is no study in this field in our country, some of the Ibadi fiqh works mentioned in the study are not accessible in our country. This increases the importance of the study. 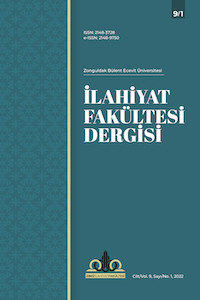