The weight of globalization has increased since the 1980s, when the mobility of commercial liberalization began, to the present day. In addition to commercial liberalization, with increased financialization, external debt indicators of the country's economies have become much more important. In some developing countries, high external debt, high current account deficit, and the presence of domestic and foreign political risks cause both economic and social problems. In August 2013, the country group that includes Brazil, Indonesia, India, South Africa and Turkey was named as fragile five countries by Morgan Stanley due to the existence of the aforementioned negative situations. In this study, the sustainability of external debt in selected developing countries (Brazil, Indonesia, India, South Africa, Turkey) is investigated. For this purpose, the share of annual external debt services in GNP and the share of external debt services in export revenues for the period 1994-2019 of the mentioned country group are used. As an empirical method, PANICCA panel unit root test developed by Reese and Westerlund (2016) and panel Fourier LM (Nazlioglu and Karul, 2017) unit root test taking into account structural breakages are applied. Empirical findings differ depending on whether structural breaks are taken into account or not. 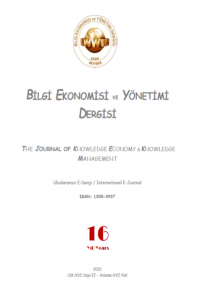