From the Orhun monuments to Kutadgu Bilig; from Sharia law to modern day constitution, unwritten rules (norms), which have regulated society over time, have been transmitted through generations in order to establish social order. Tales are part of this transmission. Since purpose is embedded inside the tale, and implicated to listeners without being noticed, tales are not a form of didactic literature. Being non-didactic made it more amicable, which helped to facilitate its transmission from generation to generation. In this study, Fourty Four Turkish Fairy Tales, by Ignacz Kunos, -the first person who compiled Turkish tales in history-, was examined. The aim of the study is to identify and exemplify the subtleties of Turkish social structure through folk tales and to emphasize the importance of social norms transmitted through the tales. This qualitative study was conducted by scanning documents, and the data were examined through content analysis. In conclusion, 200 different norms were found in total. All the characteristics of being a virtuous person are preserved in the tales. Turkish folk tales, which present a role model of the ideal humanbeing, have a vital mission to transmit cultural values from generation to generation. 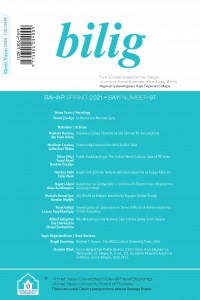