Mirza Ali Muhammad's appearance in May 1844, claiming that the Shia’s were waiting for the arrival of the Door (Bab), is also the beginning of Babism. Prior to his execution, Bab declared a young man named Mirza Yahya who was one of the first of his subjects, as his deputy. Spread to the Babis, and the Babi society was divided into three groups: On one side were “Azalis” who declared Subhi Ezel Mirza Yahya as right and stood next to him”, on the other side were Bahais who accepts Bahaullah Mirza Husayn Ali as righteous and stood by him and on the third side were “Beyanis" who believed that both brothers had used Bab in their own interests and who were not affiliated with anyone. Among these three Babi groups, the Azalis, who claim to be the most connected to the essence, today have a population of about five thousand people by the most optimistic estimate, and most of them live in Iran. Azalis, who have their own principles of faith, worship and morality, take the foundations of these principles from the book of “Bayan”, which they believe having been revealed to Bab. They also accept the works written by Subhi Azal, which they believed being made written by Allah, as a kind of exegesis of the “Beyan” and consider them as sacred. 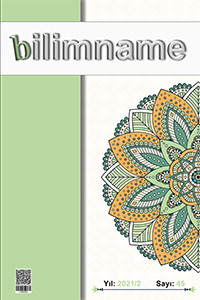