Smart contracts, as written by computer code, would secure the performance of the contract. It is believed that this feature of smart contracts is marketed as the solution to traditional contracts, which can be easily breached. The potential benefits of automated performance, such as certainty, would bring benefits to all parties. However, this idea of automated performance would not be desirable all the time. Not allowing for a breach by insisting on the specific performance required by a smart contract would be considered practically and economically inefficient, and which might deter their widespread use. As an illustration of this inflexibility, “efficient breach theory” will be used to prove that insisting on the specific performance of the obligation secured by a smart contract would not be desirable for the contractual parties. After showing this inflexibility, a feasible solution for this concern will be presented within the design of contracts. Before discussing this issue, in the second section, the definition of smart contracts and, and its potential benefits, will be explained. In the third section, as the main issue, how automated performance can cause inflexibilities, the difficulty of predicting future events, and the impossibility of a breach will be analysed. After detecting these problems, whether the design of a smart contract can help to alleviate these inflexibilities will be discussed. 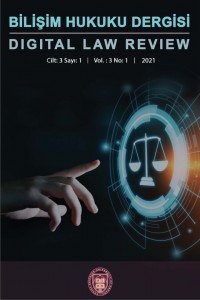