In this study, it was aimed to examine the literature on vascular surgery. In the study, bibliometric analysis method, one of the document research methods, was used. The Web of Science (WOS) database, which is one of the bibliometric databases, was evaluated using key words. English was chosen as the search language. The publications were found by typing 'vascular surgery' in the search bar section. Only research articles were evaluated. The publications were evaluated in detail according to their distribution by years, countries, institutions, journals in which they were published, and institutions providing financial support. 67,166 publications were reached. Since only research articles constituted a sample of the research, 55508 research articles were examined in detail. The first publication was published in 1970. While fewer than 1000 articles were published annually before 1990, an increase was observed in 1991, and since 1998, the number of publications has been above 1000 articles per year. The dominant language of the publications was English (92,828%). 19,995 of them (36%) were published as open access. The most publications were from Harvard University (n = 1556, 2.8002%). Germany, Japan, China, England, Italy, France, Canada, the Netherlands, and Türkiye were the other 9 countries with the highest number of publications. The United States (USA) Department of Health and Human Services (n = 2949, 5.311) was the institution that provided the most financial support. Research on vascular surgery, which is one of the most important topics in cardiovascular surgery worldwide, needs to be increased globally, especially in developing countries. 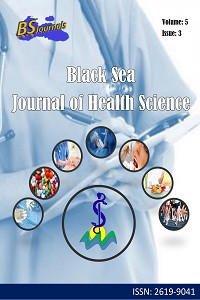