The prevalence and incidence of diabetes is a global healthcare-management problem that is increasing almost every day. The high numbers of complications make the diagnosis and treatment of diabetes extremely important. Nowadays, it is believed that a large number of diseases, including diabetes, are related to the Endoplasmic Reticulum (ER) stress-induced apoptosis. Proliferative activity of Epstein-Barr Virus (EBV) proteins occurs via two mediators Epstein-Barr Nuclear Antigen-1 (EBNA1) and Latent Membrane Protein-1 (LMP1). In this study, it was aimed to investigate the reversal of pancreatic cell loss by applying recombinant viral EBV proteins. It has also been investigated how related proteins can effect DNA damage, ER stress, and contribute to insulin synthesis-release. For these targets, it has been decided to use doses of 0.1 ppm and 0.5 ppm of commercially obtained recombinant EBNA1 and LMP1 proteins. The possible effects of these proteins on mRNA expression levels of genes known to be responsible for the specified proliferation have been investigated. In the study, DNA damage was analyzed by Comet Assay, and Endoplasmic Reticulum stress was analyzed by Real Time RT-PCR. In RT-PCR studies, mRNA expression levels of cell proliferation markers including PDX 1, WNT 4, FoxO1, TCF7L2 and beta catenin genes in the EBNA1 group were increased by 6.48, 4.25, 2.37, 3.8 and 1.4 times, respectively compared with control group. At the end of the study; EBV recombinant proteins LMP1 and EBNA1 have been shown to increase the expression levels of genes responsible for proliferation. It has also been shown that related proteins may be advantageous in reversing beta cell losses by suppressing the expression levels of ER stress-inducing genes.  It has been thought that the use of viro-therapeutic agents in antidiabetic treatments may be appropriate if supported by higher-level studies in this regard. 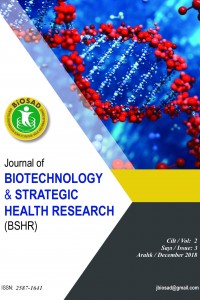