As a result of the heavy losses of Franks in 642/1244, in Jerusalem and Hiribya (La Forbie) the Europeans began preparations for a new crusade, fearing that their existence in Bilâd al-Sham would disappear. This crusade, led by the King of France Saint Louis and christened as the seventh crusade by historians, aimed to conquer Jerusalem by invading Egypt, the center for all logistical and military provisions for the Ayyûbid army. The crusade started in 1248 and the crusaders who were successful in the initial stages of the war were not able to hold against the Ayyubid army that was built up after the battle of al-Mansûrah and suffered a severe defeat. After the failure of the seventh crusade, the belief in the achievements of the crusades was destroyed in Europe and the Crusader Kingdoms in the east continued to lose their power. The present article, which tackles the Seventh Crusade including the preparatory stages in Europe, aimed to scrutinize the wars between the crusaders and Ayyubid army, primarily the Battle of al-Mansûrah, which was breaking point for the crusaders, and the roles of Ayyubid Sultan al-Malik al-Muazzam Turanshah and French king Saint Louis in these roles. 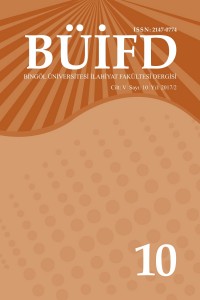