Pazvantoglu Osman and Library He Found in Vidin

In this study, information is given about Vidin Pazvantoğlu Library which was founded by Vidin Pazvantoğlu Osman in the early of 19th century and bear the name of him. That the library is detached library which was founded outside of Istanbul during Ottoman Empire and consist of wealthy collection make it one of the most important libraries of that period. The library which served for Vidin people until 1877-78 Ottoman-Russian War was transported to Sofia when it faced looting and pillage danger after the war. About one of three of books was sent to Bulgaria National Library in Sofia, and two of three of were transported to Beyazıd General Library in Istanbul by means of commission created there. Many studies on Pazvantoglu library are present in Bulgarian literature. However, there is imperfect knowledge and wrong information about the historical development of the library in these studies. In Turkey, there is not a comprehensive study done on Pazvantoğlu Library. In this regard, the study aims not only filling the gap in the literature in Turkey, but also completing the missing pieces and correcting the mistakes in the studies of the Bulgarian researchers. In the study, documentary research method is used, the historical development of the library and the books in the library are discussed in the light of archive documents and sources in the literature 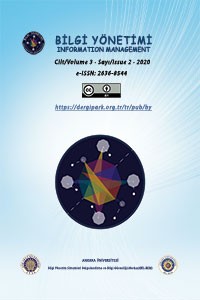