The phenological events are very important to understand the life cycle of a plant species. Also understanding of the life cycle of a plant species is an essential step in order to design and implement an effective conservation programme for an endangered species. The phenological characteristics of Erodium somanum (Geraniaceae), a critically endangered dioecious endemic species, were investigated at natural populations in Soma/Manisa from Turkey. All phenological characteristics are firstly determined in this study. Also, preliminary conservation essays were performed at habitat of the species. Shoot formation of plants begin first week in March and continue throughout March. The flowering season was 2 month long and peak flower production took place between mid-April and head-May. Initiation of fruit formation around first and second weeks in April. Fruit is a beak shape and leaving in mericarps. Fruits mature about four weeks and then mericarps suddenly throw away from plant. Seedling formation of scattered mericarps are occur in autumn (Septemper- November). According to life cycle of this plant, germination period was found as autumn season. For better in-situ application program it was found that, seedling have to be applied at latest of the summer season. 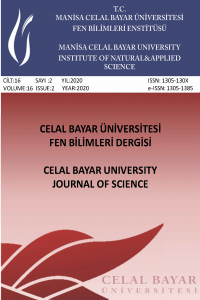