In this study, a total of 68 raw milk samples were used to investigate the prevalence of Enterobacteriaceae in milk samples obtained from different dairy and supermarket in the province of Amasya (Turkey), as well as to determine the antibiotic resistance profile, the presence of Int1, blaTEM and blaSHV gene. In this study, isolates were obtained using classical culture technique. Then, detection of antibiotic resistance profile was carried out using disc diffusion methods. 12 different antibiotics were used as antibiotics including meropenem, cefotaxime, nalidixic acid, ceftriaxone, chloramphenicol, ceftazidime, streptomycin, ampicillin, gentamicin, tetracycline, levofloxacin and trimethoprim-sulfamethoxazole. Final, single strain PCR was created for the detection of ESBLs. For the aims, blaTEM and blaSHV genes (for determination of extended-spectrum beta-lactamase) were demonstrated by PCR assay. Then, for determination of Int1 was determined by using PCR assay. As a result, 50 isolates belonging to the Enterobacteiaceae family were obtained. Isolates against 41 (82%) ampicillin, 38 (76%) trimethoprim-sulfamethoxol, 7 (14%) ceftazidime, 6 (12%) cefotaxime, 2 (4%) meropenem and nalidixic acid and 1 (2%) ceftriaxone and streptomycin was determined as resistant. In addition, isolates were found to be 49 (98%), 50 (100%) 49 (98%) and 50 (100%) sensitive to chloramphenicol, gentamicin tetracycline and levofloxacin antibiotics, respectively. Among Enterobacteriaceae isolates, 22 (44%), 6 (12%) and 2 (4%) rates of strains were carrying Int1, blaSHV and blaTEM gene, respectively. In conclusion, the resistance of Enterobacteriaceae isolates isolated from milk samples to many antibiotics poses a potential danger in terms of public health 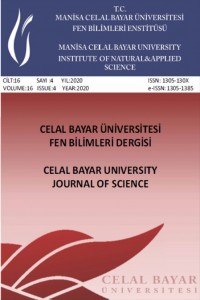