PERSONAL EXPENDITURE TAX AND OF ANALYSIS

Tax collection is an important issue to ensure that governments provide public needs. Research reveal that there is a decline in the performance of the income tax. This situation has led states to look for alternative ways to do the most efficient and efficient tax collection. One of these alternatives is Personal Expenditure Tax. n 1955, Nicholas Kaldor argued that "An Expenditure Tax" was a more appropriate tax base for consumption. For this reason, it is also included in the literature as the Caldor Type Expenditure Tax. In addition to Nicholas Kaldor, Major economists such as Thomas Hobbes, John Stuart Mill, Irving Fisher, and William D. Andrews have views that support this tax model. The personal expenditure tax is a direct tax on the sum of the individual's period spending and can not be reflected to someone else. Therefore, the person who pays the tax is also obliged to the taxpayer at the same time. With this feature, it is a type of tax that can serve the realization of the financial, economic and social objectives of taxation. In the study, the theoretical structure of Personal Spending Tax, a direct tax proposed by Kaldor, will be examined and its effectiveness evaluated. 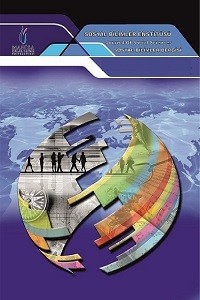